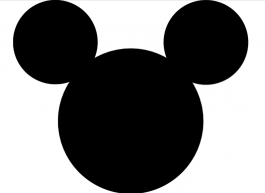 I have been reading around the term Hyperreality last year. I was glad to receive an old book made out of paper by Umberto Eco from some long forgotten university library in the mid-west in order to read the original "Travels in Hyperreality". 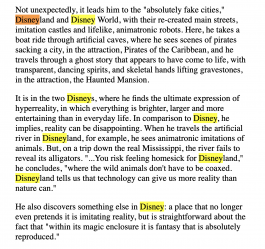 Disneyland is more hyperrealistic than the wax museum, precisely because the later still tries to make us believe that what we are seeing reproduces reality absolutely, whereas Disneyland makes it clear that within its magical enclosure it is fantasy that is reproduced. 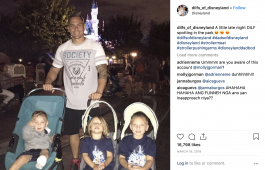 The hyperreal in Eco is also deeply tied to a rise in technology, which “can give us more reality than nature can." (*) And of course i ordered Simulacra and Simulation which caused confusion and headache. Since then i am not yet ready for Symbolic Exchange and Death.

The hyperreal effaces the contradiction between the real and the imaginary

Baudrillard agrees with Eco that the hyperreal “effaces the contradiction between the real and the imaginary.“ Writing in 1976, Baudrillard claims that, “in fact, hyperrealism must be interpreted in inverse manner: today reality itself is hyperrealist."

Reality itself is hyperrealist

Yet again. This is 1976. Yay. " The tension between mediated and unmediated access to reality has thus become subsumed in debates about the very existence of reality at all. In theories of the hyperreal it is no longer possible to access the real through media. Media images must now cover the absence of reality perhaps by calling themselves Reality TV or The Real World." (*) 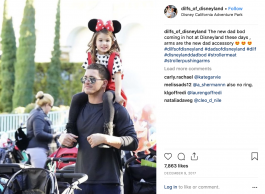 Debates about the very existence of reality at all

A closer reading of Eco and Baudrillard and especially their Hyperreality Ping-Pong might still be very useful after all to better discuss XR on an advanced theoretical level. Don´t you think?!

In the last couple of days i tried to learn more about the other side. About Imagineering to be precise. Because obviously the people at Disney have a very long tradition in mixing realities. 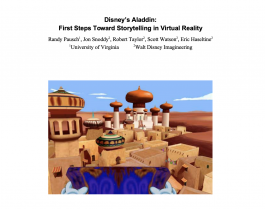 "Aladdin’s Magic Carpet Ride was a special project in itself, developed originally by Disney’s VR Studio, specifically established to investigate the use of this emerging technology in theme park development and attractions." 2015: End of an Era: Disney’s First VR Attraction Set to Close Fantastic to see that the once brand new and shiny objects gain a nostalgic aura. What would Walter Benjamin say?Just as Eco can compare the wax museum to Disneyland, we can compare Aladdin 1994 to the status quo 2019.

Imagineering is a portmanteau combining the words "imagination" and "engineering". Imagineering is the implementation of creative ideas in practical form. The word is a registered trademark of The Walt Disney Company.

I am currently reading more about the process. The high-level sketch includes seven pieces, or stages: Prologue, Blue Sky, Concept Development, Design, Construction, Models And the Epilogue. I was already intrigued to find stuff that Jesse Schell is writing about in his game design book. Well he has worked for Disney, right?! Imagineering is a craft based on:

Aadapting skills, knowledge, and expertise from one medium and applying them to another.

Sounds very simplistic. But it sounds better if you know the juggling story by Schell.Will explain later. Ciao 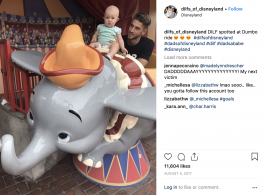