THE ERA OF
NEWS ALGORITHMS
12 September 2019

I have been a bit reluctant when Artificial Intelligence (AI) came up in conversations or texts or workshop programmes recently. Most of the time the entire discussion around that buzzword are quite shallow. Punchline: Robot overlords will take my job and enslave me and/or solve all the worlds problems. 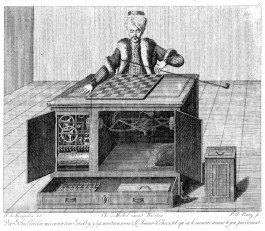 Apart from scrolling through an online course, applauding the works of Robbie Barrat and googling Generative Adversarial Networks i kept shrugging most of the time. Because I do not mind algorithms writing thousands of corporate earnings articles for the AP and i think it is fair that a connected supercomputer beats human beings in all kinds of rule-based games. And for the foreseeable future i have no real interest in reading 1 Road from 2018 - a book written by an algorithm written by Ross Godwin: It was nine seventeen in the morning, and the house was heavy. 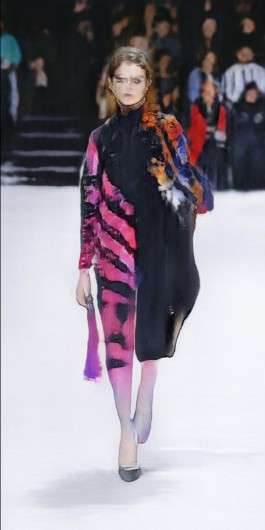 Back in the days a friend of mine showed me the part-time project of his dad in the basement: He had wired two personal computers in order to let them play chess against each other. That must have been around 1984 or 85 and somehow that really impressed me while each move took days to calculate. Maybe these two antique machines have been battling ever since. Zoot Woman´s song „It´s Automatic“ is playing on YouTube now. OMG it is 18 years old and I bought a book because I saw it announced on Twitter. It is called „Automating The News“ by Nick Diakopoulos. 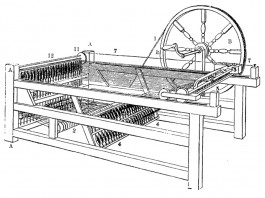 Nick is assistant professor at the School of Communication, Northwestern University and the director of the computational journalism lab. We have never met, but exchanged some emails around 2011 / 2012 when both of us were into Newsgames. We obviously wanted to write an article about game-y infographics for the first data journalism handbook if I remember correct. I have not been following his work closely but I am happy that Nick spent more than two years diving into „How Algorithms Are Rewriting The Media“. I am eager to learn more, will post some notes here and I am already intrigued by the somewhat dry and descriptive chapter titles (Journalistic Data Mining, Automated Content Production). They promise information and knowledge instead of frantic enthusiasm or some dystopia blah – both are not very helpful.

In the coming weeks i will post some short quotes and snippets from the book and add some personal notes and remarks later... 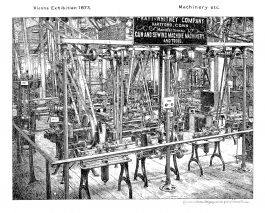 Introduction: The Era of News Algorithms

"There is almost no facet of the news production pipeline ... that is not increasingly touched by algorithms." And this might be true for almost all production pipelines i can think of besides this terracotta brick maker i once heard of in Bangladesh. And of course we are speaking of a "human computer symbiosis" rather than having a full automation (for now). "Algorithms have very real limitations...they rely on a quantified version of reality" and this is especially interesting to me because we might see the dissolution of a basically shared understanding of what reality means.

Yet again "the history of journalism is one of adaption as new technologies ... change the nature of roles, tasks and workflows." Methodological approach: "interdisciplinary synthesis of research spanning the relevant disciplines". What to expect from the book: "an overview of the state-of-the-art landscape of computational journalism."

Starting with the Panama Papers as an example, Nick presents a mantra: "Automate what computer do best, let people do the rest." Journalists are in a way better position when it comes to automation compared to e.g. paralegals who have an estimated 69 percent of their time that could be automated. Compared to  e.g. 9 percent of editors' time.

Thinking about how to blend together the capabilities of man and machine - we obviously have to find out what both of them do (best). Both are obviously both "share a focus on transforming and adding value to information."

I just love the recipe explanation when talking about algorithms: "a series of steps that is undertaken in order to solve a particular problem or to accomplish a defined outcome." Nick defines AI as "a computer system able to perform tasks normally requiring human intelligence."

What is journalism and what do journalists do? That is a very good question seeking for short answers: "a practice of news information and knowledge production that is filtered through a particular value system." Journalists "add a lot of value to information in transforming it from a 'raw' state into a final easily consumed form of media." Information scientist Robert Taylor identifies four dimensions of value: quality, usability, noise reduction and adaptability.

Algorithms are not yet up to calculating social, political, etc. significance, for example incorporating the current zeitgeist.

Goal: designing hybrid systems. How can human and machine amplify each other in a clever way.

It is often enabled by Machine Learning.

Algorithmic analysis is helpful for finding the story, but algorithmic content production will be needed for telling it.

It is people who define, measure, and sample data to feed and train algorithms. We, the people, have agency. And the future of algorithmic media must be human-centered.

Journalists and other designers need to be more deliberate about the values they are building into systems. Journalistic practices will, of course, continue ti change in relation to algorithmic news production.

If news organizations want to compete in the future of media they need to be more like Google, and they need to start investing heavily in developing their own competitive strains of algorithms and AI for knowledge production.

HCI (Human Computer Interaction) – The workflows and processes will need to be designed and evaluated.

Newsworkers will, without doubt, need new skills and training to be successful collaborators in a hybrid media system. Developing data thinking will be essential for journalists.

Bad actors can misuse and abuse automated content. Major investments will be needed in the domain of media forensics. What happens when the public can no longer trust any media they encounter online in a machine-altered reality?