Hello. In this post you´ll get infos about a new project that gets me excited, you get some nifty AR/VR related thoughts in progress and maybe i´ll even talk about Zauberkraft and the notion of CGI. 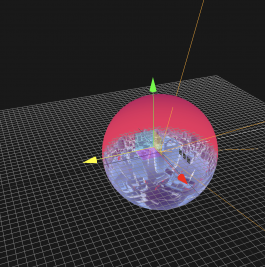 Leaving this world behind for a moment

I had a strange and quite disturbing experience in a conference room of Media Tech Hub Potsdam, a couple of days ago. Together with my well-beloved colleagues of Vragments i was spending an entire retreat week at our office with apples from Werder and the last days of summer outside the windows.

We were discussing our latest project called XR Dok, funded by the MIZ Babelsberg. Check out the brand new project website i will be frequently updating. That is because i am the product owner.

Okay, so i was playing around with a-Frame –  a web framework for building virtual reality (VR) experiences. I played around with the test scene you are actually seeing above these lines. That means i was basically looking around – moving the cursor: up, down, left, right when suddenly i started moving. That means leaving the scene behind entering some sort of white void. Leaving behind a pink dome, the world. In a browser. Having lost gravity and my fixed point of view.

Further and further i drifted. I could not stop moving backwards with the known world becoming smaller and smaller. Without actually seeing where i was going i moved on. And i remember a sentence i once read about exactly that being the position in which we are heading towards the future. There is a nice New Yorker article that describes Thomas Metzingers out of body experience using VR.

Strangly enough i was not able to reproduce this experience ever after.

Anyhow. Our open source toolkit will allow content producers to combine CGI-objects with actions in spaces. That might sound blurry that is why i try to structure the subject matter in the coming days and weeks in order to built up on already existing knowledge.

First of all it is important to distinguish use cases and different kinds of AR usage like location-based AR, projection based AR or face-recognition AR. Then it is crucial to get an idea about existing AR SDKs, frameworks and platforms. The field is quickly evolving with new players just around the corner. There are already a bunch of very useful articles, for example DoF-based Classification of Augmented Reality Applications.

Jon Rafman killing it again. Balenciaga 2019 with the help of amongst others Ezra Miller.

While scanning the internet i found this talk "Simulating the Future of AR"☝️by Tobias Hollerer after having downloaded his dissertation from 2004. Interesting to see him perform after having read his book. 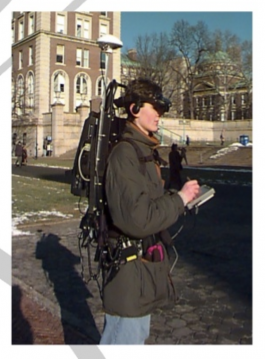 Very interesting to see how Hollerer et al. use the AlloSphere ☝️ to test AR. And fascinating to see where the assumptions lead to: 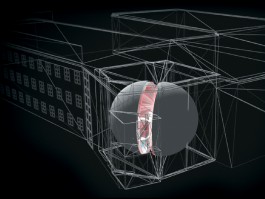 In the limit, VR and AR converge (real-time realistic scene reconstruction and rendering of the world in front of us).

I had to think about large scale AR applications. And very first attempts. I found a video on Twitter that showed domes very similar to the a-frame experience. Domes that you can enter. And that let you experience various things from within a digitally rendered surrounding. I would love to come up with a well-designed video showing a design fiction for that. Even if the conversions back to real reality lack almost everything that fascinated you in the first place. Like comparing the video of The New Infinity with the real world dome in Kreuzberg. That is why we need way more Jon Rafman. And way more acceleration. With our backs turned. Gliding forward backwards. 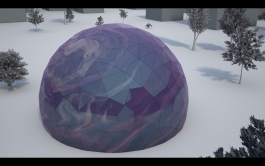 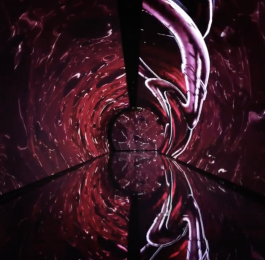 The possibilities are endless

Actually the very next day brought so many new infos that my head keeps spinning. I especially like phrases that can be identified all over the place. They help to grab the sticks in the raging rivers. Hope that we can dry them, make a fire and start extracting meaning from data. Some of the phrases were 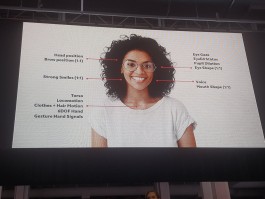 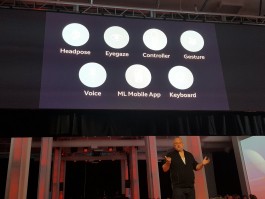 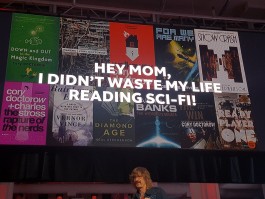 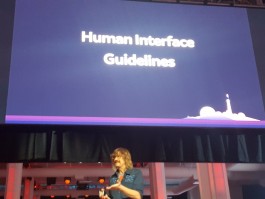 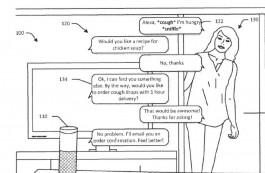