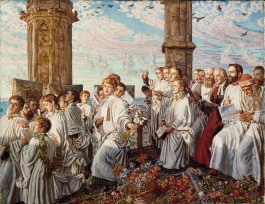 We only have to think, and think again, and keep thinking, James Bridle concludes: Until carbon dioxide clouds the mind. Because soon, we shall not be able to think at all.

This sounds somewhat alarmist and unsatisfactory to me. Not that one could not and should not constantly worry in despair over the current status quo. But first of all things have been bad at all times. A New Yorker article lately reminded us that things are even better these days. Better, but still bad.

And then it has always been James Bridle who did not stop at thinking but went on to do things. A lot of things. Like identifying, naming and framing The New Aesthetic, like making visible unmanned aerial vehicles silently circling above us all with all seeing eyes and all hearing ears, like catching an autonomous car, etc. etc.

I have been following James’ work closely for a couple of years now. I used every chance to actually see him in person at transmediale, at KW, at his gallery in Kreuzberg and Friedrichshain before that. I can not and I do not want to strike up Ella Plevins harsh critique amongst other things focusing on his outer appearance (I could brush off the vanity of painting his nails a rainbow ombre to match his new book jacket) – a terrible lame critique that seems to have fallen out of time.

But I do share the sentiment that the title and the books subtitle are poorly chosen (probably not by the author himself?!): New Dark Age. Technology and the End of Future. This is where Plevin does have a valid point: „The future has ended innumerable times already – indeed `nothing ages as fast as the future` as Stanislaw Lem put it somewhere in the 60s – but pessimism still sells at good prices.“

I hope that Bridle sells well. He has deserved it. Some nice reviews have been handed around. And I am pleased to see that Harald Staun wrote a nice text for a german audience in my still well beloved FAZ.

Bridle has read well. And there is so much in this book. You learn not only about a thing called code/space or the history of computation or Timothy Mortons „hyperobject“. You will move and observe differently after having read the book. It offers more than a tour de force passing by his various recent projects and findings. And there are a lot of snippets, ideas and thoughts not yet finally thought to pleasing result.

„But what if these stories are the real history of computation: a litany of failures to distinguish between simulation and reality…we have been conditioned to believe that computer render the world clearer and more efficient, that they reduce complexity….but what if this is not true at all?“

Food for thought as someone said in one of these reviews. So all good? Here we are, ready to embrace uncertainty and think, think, think. And be ill tonight?!

But what surprises and confuses me is that the entire line of argument besides all  in the end is quite thin.

„All is not lost, we are capable of rethinking the world, and thus understanding and living differently within it.“ Because if we do not technology will lead us to madness or peace. Bridle wants us to „act meaningful, with agency and justice“ in order to „seek new ways of seeing by another light.“ The new dark age: „ a place where the future is radically uncertain“ (as always, right?) and „the past irrevocably contested, but where we are still capable…of thinking clearly and acting with justice.“ What kind of justice is Bridle referencing to? And how the hell do we think clearly and when does the action happen? Again, he, Bridle has done a brilliant job thinking and acting before. Maybe an even better job without this kind of overthinking. 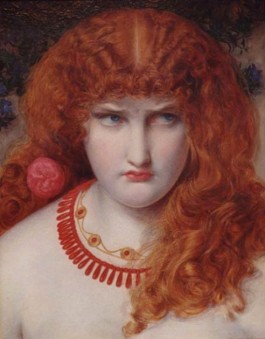 Because for everything that is shown, something is hidden. As Bridle states.

I had to think about a fierce moment back in time in an auditorium at the University of Cologne where my professor of political theory Prof. Leidhold tought a small, simple and yet lasting lesson that once scribbled on an overhead projector manifested in the foundations of my unsteady wetware: When you know very little, the scope of your not-knowing is rather small as well. The more you know, the bigger your field of expertise grows, the vast fields of unknowing will grow even more.

And while we tackle, flow and wade through various hyper objects in these very days of our real life existence we not only need to think, think, think but to debate, to listen and to finally do things. Like coming up with new models (e.g. Brattons Stack) and theories to better explain the now and the near time futures which as always are going to be good or bad or both until the very end. And then Martin Rossiter starts singing.

You should definitely read this book very soon. And then please write a mail in order to discuss – will you?