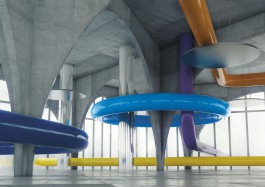 I was just looking around at usual places in my parts of the internet and it is remarkable that you miss so much stuff that his happening or has happened or will happen. Here or there or just around the corner. It reminded me of Siegfried Kracauer strolling around on "Straßen in Berlin and anderswo" - a book that is waiting to be read because a couple of days ago i had the urgent need to read Feuilleton texts from the Weimarer Republik.

The notion of space, perception, aesthetics and the interlacing of realities – back in the days authors were rather talking about Traum und Wirklichkeit – is a constant topic popping up again and again. Whatever. Right here, right now Selam X is a place where a lot of contemporary stuff can be found at a glance. I was yet again beamed into the world of Manuel Rossner for example. I obviously missed Technobodies – Pecha Kucha Art Night on the Post-Digital at Volksbühne. Shruggie. 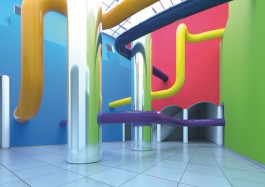 Similar aesthetics back at 032c where i stumbled over United Visual Artists. Different approach: Beams of white light are projected into space from an invisible vanishing point, creating different shapes and divisions within the room and transform our sense of perspective. But i like that space.

Perspective as a tool to reshape and redefine a space 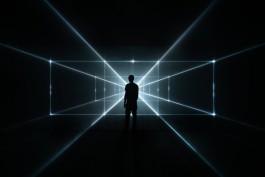 There is a VR event at Stoschek tonight. Not yet sure what to make of Acute Art.

Apart from that i plan on going the Futurium at last. NEEEU have built a so called Klangwurm or even several ones i need to meet.

Reshape and Redefine – a constant reminder to check the compass. Right now working on a thingy. More about that later.

Oh, and then it is Oblik tonite. 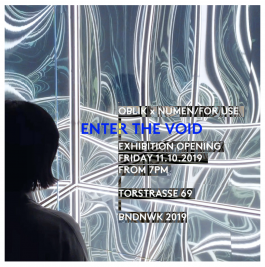