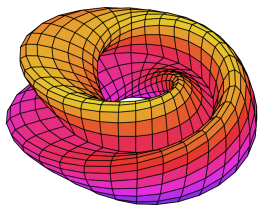 I though a lot about the uncanny recently. It all started on a playground just around the corner where I was chatting to an acquaintance, explaining what I do for a living. Well, in fact trying to explain my interest in XR and my thoughts on the soon or not so soon to be established new new. That means: the mixture of digital and real objects in our fields of view.

He interrupted me, fixed his eyes on some object on the other end of the playground and said: The Uncanny.

I am quite familiar with that term as a game designer. Every single time a conversation has been circling around the quality of an animation, character design or some random nerd talk on robots and stuff — it was always ended by someone mumbling the words: uncanny valley. I never looked that one up because it always seemed so clear:

The concept of the uncanny valley suggests humanoid objects which appear almost, but not exactly, like real human beings elicit uncanny, or strangely familiar, feelings of eeriness and revulsion in observers.

The concept is not entirely new. It was identified — quoting Wikipedia here — by the robotics professor Masahiro Mori in 1970. The term was first translated as uncanny valley in the 1978 book Robots: Fact, Fiction, and Prediction, written by Jasia Reichardt, thus forging an unintended link to Ernst Jentsch’s concept of the uncanny, introduced in a 1906 essay entitled “On the Psychology of the Uncanny.”Jentsch’s conception was elaborated by Sigmund Freud in a 1919 essay entitled “The Uncanny” (“Das Unheimliche“).

I presume it is time to rethink the Uncanny. That is because of mainly two reasons.

1. Computer graphics and animation have evolved A LOT. And will keep on doing so. That is why you are not able to distinguish digital objects and digital people from so called real objects or real people. Yes, I am thinking about Magic Leaps Mica. And we could start arguing now on what the real actually is, could or should be…

2. Our relationship to digital objects, bots, computers, algorithms is drastically changing. Just compare the evolution of interfaces and the status quo of voice powered bots like Alexa. Here is a long article to get into the topic.

We are not really here, okay?!

It has become totally okay and widely socially acceptable to interact with existing entities that are not really real. Entities like Pokemon or a living person on a continent far away through voice and those bloody airpods for example. The time for philosophers or writers to explore things like the Hyperreality are gone. These days we live around here.

And that brings us directly back to Ernst Jentsch who explored the Uncanny in E.T.A Hoffmanns Sandman (just heard an episode of the podcast In Our Time on Automata) who in 1906 wrote:

The better oriented in his environment a person is, the less readily will he get the impression of something uncanny in regard to the objects and events in it.

Walking down Weinbergsweg in Berlin i thought that in our once again accelerated time period the sense of possibility is strong. It could just be that there are augmented objects standing around. I personally dropped a New York Times AR experience on the floor in a cafe nearby and who knows who else did so. And if the AR cloud that a lot of people are working on becomes widely used then all these digital objects might just stand or walk around here too.

And by the way. The current reality is of course limited by the visible spectrum that we as humans are capable of seeing. There is way more around. Just saying. I could not help but think about Musils Möglichkeits- and Wirklichkeitssinn once more. Sorry to mess up your reading experience with some proper german.

We should probably stop thinking about humanoid robots stumbling through shopping malls in real reality and embrace the thought that digital and anlog objects are already not distinguishable when presented on or through a screen. 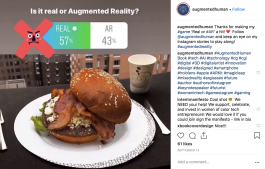 But where is the ketchup?

The Uncanny is not so uncanny anymore. At least on a visual level. The inside and the outside merge, the only thing left is one side that at the same time is inside and outside. The virtual is no longer augmented on to the real reality but incorporated into the new reality. Rather disorienting only if you try to separate what once was two.

*A paragraph in the German Wikipedia „Das Unheimliche als räumliches Phänomen“ brought me directly to the Klein bottle.

The rather uncanny aspect of the once uncanny lies somewhere else. It creeps up when you start thinking about the motivations of those pushing the boundaries.

So why do we interact with voice powered bots? Why do they listen all the time? Why shall we have a virtual assistant, a virtual friend that not only talks but looks like an entity that does not try to be human but that is treated as one, including the shouting, swearing, whispering and sighing.

Why should we hunt for digital objects or spent time with objects that are not there in real reality. Why should we one day start to augment our shitty flat with virtual luxury? And why should we wear permanent masks and filters?

Make yourself at home in the   Panopticon. Use IKEA AR.

A rather alarmistic note to end with. Sorry for that. 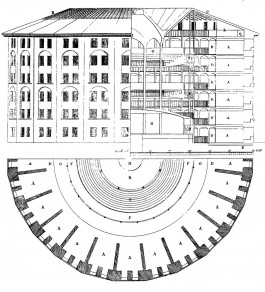