THE DIGITAL AND THE ANALOG

There is something about the digital. While the analog is quite simply the real.

I got stuck on the website of Alexander R. Galloway. And this is how it happened.

A couple of days ago i got an email bei DIS - the curatorial  team behind the Berlin Biennale 2016 amongst other things -  announcing the start of their webvideo-based new website.

There was a video of McKenzie Wark  talking with his own head in his hands. Obviously this is going to become a series of short videos portraying some or all of the twenty-one thinkers for the twenty-first century that McKenze Wark crammed in a book: General Intellects...

"Today intellectual workers work in a system that slots them into process of extracting value from their work. One doesn´t get to be a Sartre or a de Beauvoir even if one wanted. It would be pretty much impossible to write intellectually challenging books and make a living from it. Today one needs a day job. In General Intellects, I treat a range of intellectual work, in philosophy, political theory, cultural studies and so forth, as partial totalizations. Each sees the world from the point of view of a certain way of working, and generalizes that way into a whole worldview. Unfortunately they try to maintain the sovereignty of their point."

By incident i just very recently had seen Wendy Chun at the RE:TRACE conference and i saw that she will be a the republica in Berlin next year and she is perfectly suited for that being highly entertaining talking about a lot of abstract and dense stuff. Galloway was in Berlin for the Unbound 1948 conference which i did not attend. What a pity.

McKenzie reads and thinks about both Chun and Galloway circling around the question:

Is the relations between the analog and the digital itself analog or digital?

To be frank i am not a huge fan of both texts, they neither introduce the authors properly nor do the texts give a short and well structured oversight of their field of thinking. McKenzie - who has published and/or worked with both of them -  wants to "critically appreciate" them and so he does but his musings only made me google way more than i would have wanted.

His musings only made me google way more than i would have wanted.

So i found this: "The Mother of All Demos is a name given retrospectively to Douglas Engelbart's December 9, 1968, demonstration of experimental computer technologies that are now commonplace. The live demonstration featured the introduction of the computer mouse, video conferencing, teleconferencing, hypertext, word processing, hypermedia, object addressing and dynamic file linking, bootstrapping, and a collaborative real-time editor."

Given the fact that Ian Sutherland presented the sword of damocles in 1968 as well, really shook me.

"There is something about the digital. Most people aren’t quite sure what it is. Or what they feel about it. But something. What is this something? Given the times in which we live, it is ironic that this term is so rarely defined and even more rarely defined correctly. But the definition is simple: the digital means the one divides into two. We must stop believing the myth, then, about the digital future versus the analog past. The one must divide into something else. Nothing less and nothing more is required, only a generic difference. And this is our first insight into the “something” of the digital." * Something About the Digital

What about the analog then?

In the fall semester 2017 Galloway held a seminar on the topic "The Digital and the Analog" at the New York University Department of Media, Culture, and Communication (PDF).

The distinction between the analog and the digital is especially interesting to me because it probably allows a deeper discourse about the real/pure reality and different forms of augmented or virtual realities being mixed-up. In - this is Weny Chun speaking - our so-called post-ideological society where software has become a common-sense shorthand for culture, and hardware shorthand of nature.

There is something about the digital. Most people aren’t quite sure what it is. Or what they feel about it. But something. 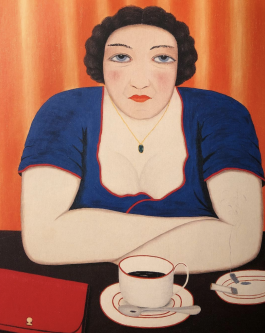 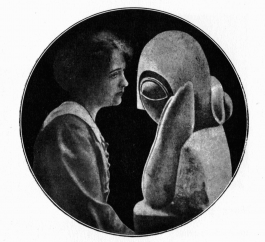