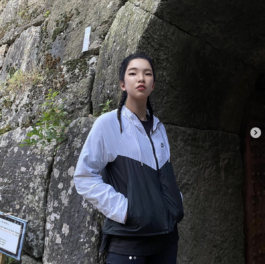 Drinking a Tassenportion cafe HAG right now. Read an article about the AI-created influencer that lands over 100 sponsorships in under a year. Her name is Rozy. I was flicking through her Insta Feed - felt like 2012. When Insta did one thing.

The whole notion of virtual influencers works fine on there. The subtle arrangement of settings and light on every single image. I had to think of my visit to Städel Museum yesterday. Standing in front of a painting in a vast room underneath the earth that has spaceship-like fake windows on the ceiling and strange looking cameras attached to it. Watching you watch. Now. Do not come any closer to this arid Giacometti figure. 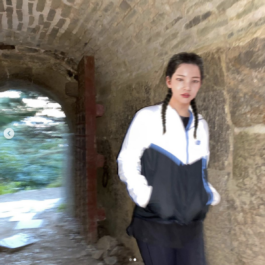 The people on the paintings are as dead as Rozy.

A simple filter applied by a tap on a screen by some underpaid student in a studio in South Korea.

There was an old TV playing a 3:30 video showing cut-out paper shapes moving around. Must have been something in 1954. New media. It had charm and all. But it felt so kindly outdated and simple compared to some handicrafted TikTok videos. But yet this one got chosen, archived and incorporated into the canon, the great narrative.

By whom actually. Probably a mechatronic components and systems billionaire's daughter i guess. Her crawlers are scanning TikTok right now. Rozy, come over on and do something.